AROUND THE WORLD IN 80 COCKTAILS AND SKETCHES – NUMBER 19 – TON DUC THANG, HCMC, VIETNAM.

Ton Duc Thang, a Southern revolutionary activist who in 1927 organized the first workers strike in colonial Saigon. He became the second and final president of North Vietnam and the first president of the Socialist Republic of Vietnam.

He served as president, initially of north Vietnam from September 2nd, 1969, and later of a united Vietnam until his death in 1980. At the time of his death at age 91, he was the oldest head of state with the title “president”.

Ton Duc Thang is a very long street running the entire length of the promenade along the river from the old Citadel street to Nguyen Hue. Over the last 20 years, the street has been been transformed from a tree lined waterfront promenade a strip of high-rise offices and hotels.

Presented on the battlements of the old citadel, the TDT Cocktail is a variation of the classic old fashioned cocktail. Perfect for after dinners a sipping, spirit forward, night cap, the cocktail plays on the antiquity of the tree lined street ( now all gone ) that once led up to the gates of the second and last of Saigons citadels. 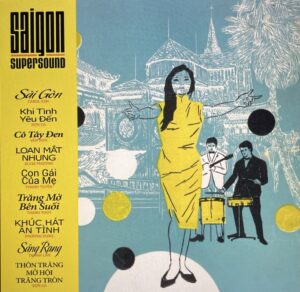 AROUND THE WORLD IN 80 COCKTAILS AND SKETCHES – NUMBER 25 – MAC THI BUOI, HCMC, VIETNAM.