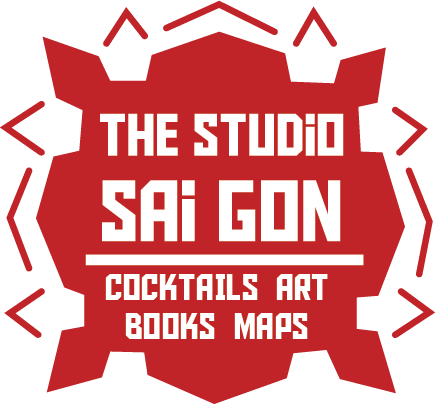 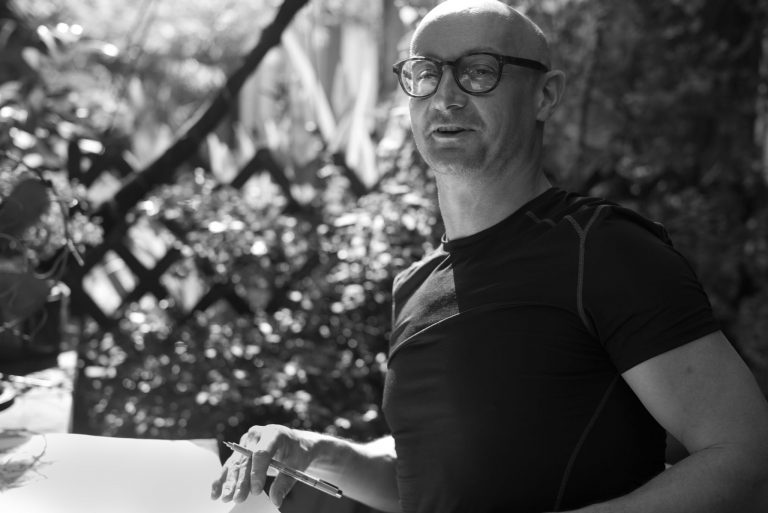 In his signature sketches of the city skyline, his technique is to return to the same position on the street for many days to capture the feeling of the street scene.  He always carries a small sketchbook filled with thumbnail sketches of the cyclo riders, street vendors and characters that he encounters on his travels.

In April 2017, Richie opened his own gallery with adjoining hidden invitation only bar, “The Studio Saigon” where he creates new art works and displays them in the gallery on a seasonal basis. In addition he makes cocktails inspired by the country’s history using ingredients native to Vietnam.

His work features in numerous private collections around the World, and is easily found in Saigon as illustratrated menus, together with permanent  collections on display at An An Restaurant, Wink hotels, The Park Hyatt Saigon, Savills Vietnam, RGF office boardroom, KOTO Hanoi and Saigon, The Caravelle Saigon, Shri restaurant, The British Consulate, Le Duan and of course The Studio Saigon. 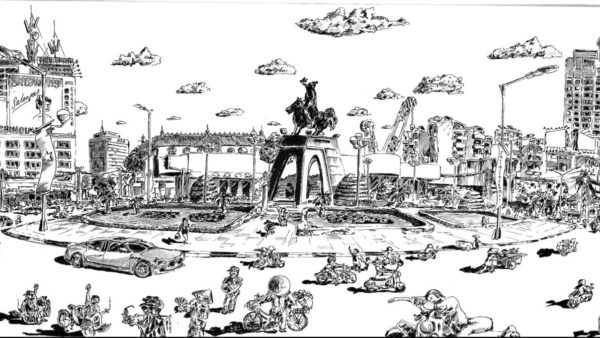 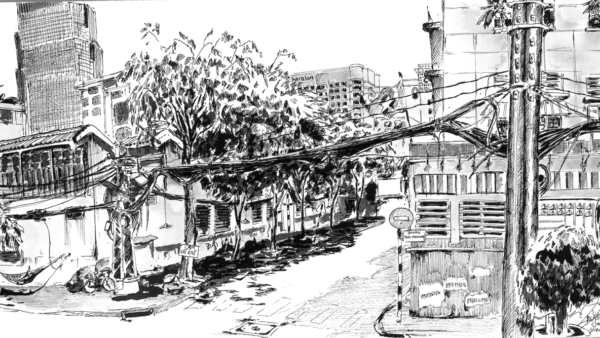 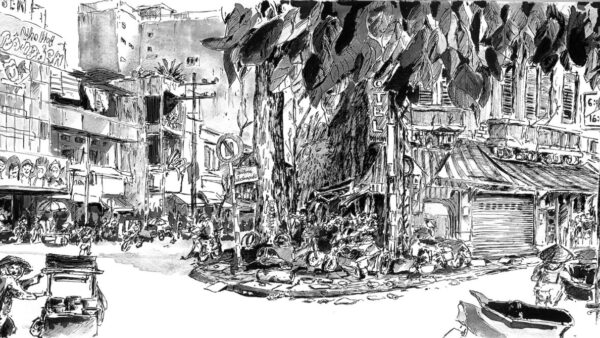 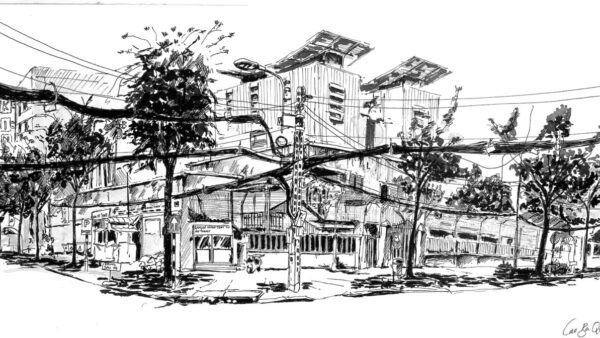